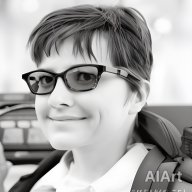 Kelly of the Phoenix

I realize now that I want to focus on biblical fiction, but not the sappy stuff. I want to be as historically accurate as possible. Feb 17, 2022